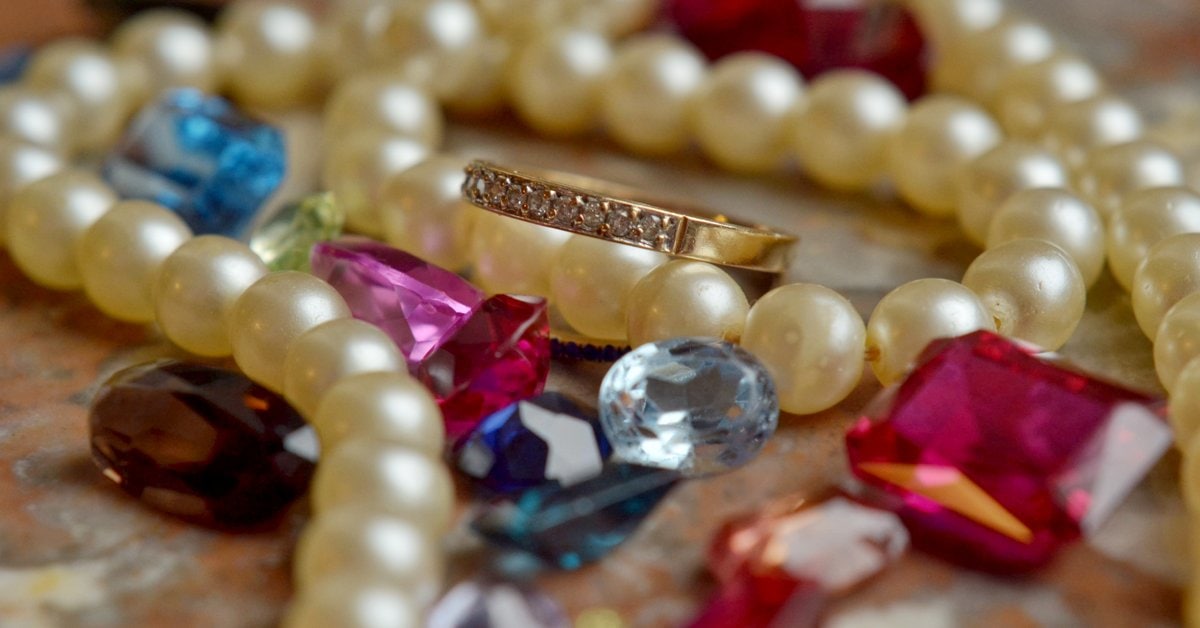 The month we are born is associated with individual gemstones that have different meanings and significance to it. Their distinct and magical colors and characteristics make these birthstones great jewellery and attractive to wear because of the loads of luck that comes with it. So, the next time you shop for jewellery or charms to add to your bracelet, make sure to refer to a birthstone chart and pick one that corresponds to the month you were born. To give you a starter guide, here are the birthstones of each month and the astonishing meanings that accompany them.

Garnet is the birthstone of the month of January. Although it is characterized by rich red color, it actually comes in a wide spectrum of different colors such as yellow, pink, orange, green, and violet and this variety is due to the interesting element combinations with every specific gem such as manganese, iron, and calcium.

The array of rich hues associated with garnet makes them one of the most inspiring gemstones that jewellery makers like to work on. This stone is particularly hard and has strong color hues, which is exactly why they are highly suited for fashion.

There are different meanings that have been linked to garnet over the years. It is a symbol of trust and friendship. It is also regarded as a stone that promotes healing and energy balance. Garnet jewellery is a perfect gift for second wedding anniversaries.

The birthstone for February, Amethyst is popularly used in jewellery. A purple variety of Quartz, it is available in colors that range from lavender to deep purple. The beautiful purple color is all thanks to the presence of iron structured in Quartz. This gorgeous gemstone is extremely versatile and affordable and is an ideal gift not only for birthdays but traditional gifts for fourth, sixth, and seventeenth wedding anniversaries.

Jewellery with amethyst gemstone is a symbol of power and protection and is commonly used in healing and meditation. It is also known to have relaxing and calming benefits and promote good luck, friendship, and trust.

Amethyst is sought-after diamond jewellery used in rings, bracelets, necklaces, bracelets, and earrings because of its appealing colors.

March’s birthstone has colors ranging from light to dark blue, green and other colours representing the sky and bodies of water It is a color variety of the mineral Beryl, that is why it is sometimes referred to as the sister stone to emeralds.

This gemstone is ideal for overcoming fear, soothing the nerves, relieving stress, and gaining clarity. It is recommended for performers such as singers because of its calming and relaxing effects.

The most prized of all gemstones, diamond is an April birthstone that has captivating brilliance and luster that lasts forever. It is a symbol of beauty, power, wealth, and love and is widely used in jewellery and accessories.

In addition to their aesthetic appeal, diamonds are also believed to have magical and helping powers which act as a protection to the wearer against bad things. It is no wonder why they were being worn by warriors and kings when going into battle in the old times. Although those were just part of history, the fact remains that diamond is a highly treasured stone all over the world.

Diamonds are a favorite crafting material of jewellery makers for producing stunning wedding rings, earrings, bracelets, and necklaces. If you were to check out different engagement rings Canada, you will most likely see its popularity because it is associated with strengthening relationships and unwavering love.

If you are born in May, your birthstone is known as Emerald which belongs to the same Beryl family as the Aquamarine. Its most remarkable property is a bright hue of green with dark tone saturation of color. This stone is found in various rocks such as sedimentary, metamorphic, and igneous rocks. For years, it is regarded as the most valuable and sought-after colored stones. Emerald is the anniversary gemstone for 20th and 35th wedding anniversaries.

This gemstone is found in a wide range of jewellery and featured commonly in stone necklaces and earrings. This stone is featured in a setting of precious metal platinum or titanium which helps in bringing out the brilliance of Emerald. It is said to bring growth and wisdom and symbolizes fidelity and love.

The beautiful Pearl is June’s birthstone and is a symbol of honesty, purity, and femininity. Naturally, pearls are produced when an irritant gets inside the mollusk and gets coated in nacre, which determines the luster and beauty of the pearl, depending on its thickness. However, in recent years, the culturing of pearl has become more popular. Whether produced naturally or in a cultured procedure, pearls unarguably make gorgeous jewellery for people born in June.

Pearl is only of the birthstones of June. Alexandrite and Moonstone are also considered to be this month’s birthstones. Moonstone is associated with fertility, passion, and is also believed to bring immense luck.

Alexandrite, on the other hand, is a rare variety of Chrysoberyl, a mineral that has color-changing properties depending on the lighting. The most precious variety of this stone is one that depicts a brilliant to bluish-green in daylight.

Ruby is July’s birthstone, a member of the Corundum gemstone family that includes other stones such as Sapphire. This is another color-changing stone which could range from light to deep and blood red. But its darker variety is considered to be more sought-after and desirable. Ruby is believed to bring the wearer with good health and healing to blood disorders.

This gemstone is exclusively featured in most jewellery because of the rarity of quality gems. It is the anniversary gemstone for marriage that has reached 15 and 40 years. The captivating Ruby is also said to attract good fortune.

The birthstone for August is also known as the Evening Emerald as it glows in bright green color when placed under artificial light. Although transparent, Peridot has subtle color in a variety of greens that range from yellowish to dark olive green, with the pure green that is thought to have a higher value.

Wearing jewellery that features this gemstone brings peace, success, and good luck. It is also said to have soothing and calming effects and is associated with better sleep, protection, and good health. Peridot accessories make an ideal gift for the 16th wedding anniversary.

Blue Sapphire is September’s birthstone and is known as the gemstone of the heavens. In contrary to what has been believed for years, Sapphires actually come in a vast range of colors ranging from pink, green to gold. But the blue variety is associated with September which features pale blue to darker navy-blue hues.

It is an affordable gemstone, which is why it is being used not only in jewellery but in common daily items. This blue gemstone is usually placed in settings of platinum, silver, and titanium which helps bring out its brilliance.

Like Ruby, Sapphires are a corundum variety and because of how the crystals are formed, large Sapphires tend to be rare and of high value. For years, it has earned the reputation of being an excellent medicine for various conditions.

If you are celebrating 45 years of marriage, jewellery featuring Sapphire stone makes a perfect gift for your loved one. Sapphire engagement rings are also popular because of its opulence and strong association with royalty.

The most colorful of all gemstones, Opal is the birthstone of October and it is known as the Queen of Gems as it holds all of the colors of the spectrum. It can portray many different colors at the same time which makes it interesting. Opal is a precious stone because of its rarity. It has a sedimentary origin and is commonly found in cavities, veins, and cracks of rocks.

Opal is a symbol of innocence, hope, and purity. It makes a great gift for the 14th wedding anniversary. This gem is also associated with healing and soothing properties and boosts the performance of athletes.

The birthstone of November, Topaz, is one of the most stunning and highly versatile gemstones in the world. It comes in a wide array of colors with yellow and blue as the most common ones. Like all of the other gemstones, Topaz is said to have magical properties and provide protection against the enemies. More importantly, it is very well-loved for its elegance and beauty.

This stone is known as aluminum silicate fluoride hydroxide which is the strongest of silicate minerals because of the robust bond of chemicals inside the mineral.

The birthstone of December is known as Turquoise. It is characterized by its blue-green color which belongs to the mineral category of Phosphate and is relatively rare. This stone makes a traditional gift for commemorating 5 and 11 years of marriage.

Turquoise is said to have astrological benefits. Medically, it can aid in stomach problems, viral infections, and muscle cramps. It also has detoxifying and anti-inflammatory effects. It can bring good luck to wearers, especially when worn alongside copper.

In jewellery-making, this gemstone is popularly featured in necklaces, wedding bands, earrings, bracelets, and charms.

Choosing the Right Jewellery According to your Birth Month

Wearing the jewellery featuring the gemstone of the month you are born is said to bring tremendous luck, success, and healing in life. While many of us choose jewellery according to their aesthetic appeal, it makes sense to consider picking one according to your birthstone, to feel good about yourself and to increase your fortune.

← Prev: Picking the right jewellery for your love ones 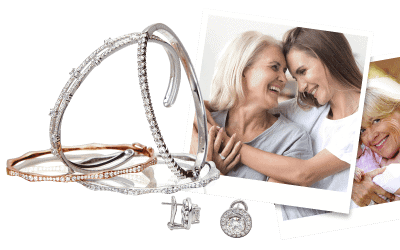 Picking the right jewellery for your love ones

Picking the Perfect Jewellery for your loved ones!When you want to mark a momentous occasion, diamond jewellery does... 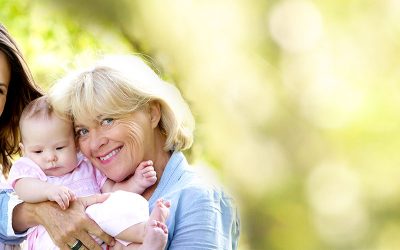 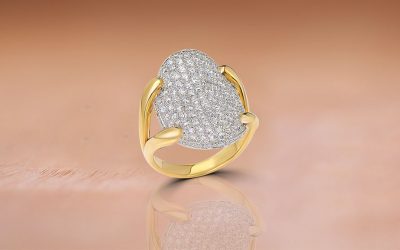